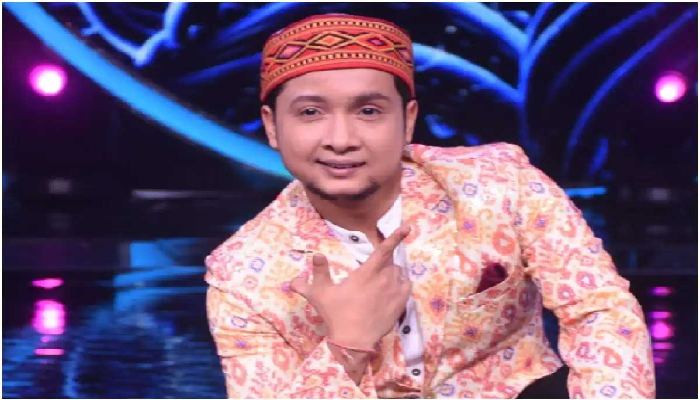 Who is Pawandeep Rajan

Pawandeep Rajan is an Indian singer and the winner of Indian idol season 12. Along with singing he also plays various musical instruments. He belongs from Uttarakhand and attracted millions of fans with his popular Pahari songs. By his excellent singing skills, Pawandeep won the Indian reality show voice India and Indian idol season 12. Previously he worked on many regional songs such as kumaoni, Pahari, Marathi, and Hindi. Due to his achievement chief minister of Uttarakhand honored him as youth ambassador of Uttrakhand. Pawandeep has 1.2 million followers on Instagram now you can imagine the fan following of Pawandeep.

Pawandeep Rajan was born in the Champawat district on Uttrakhand. From his childhood, he was interested in music because of his musical family background. He learned singing from his father who is a famous Kumaoni singer of his time. He completed his schooling from the senior secondary school Champawat, Uttrakhand, and graduated from Kumaon University, Nainital. Due to the musical environment, he can play various musical instruments including tabla, piano, guitar, and keyboard. Pawandeep got tabla at the age of 2 years as a gift from his father. At a young age, he started performing on multiple events. Pawandeep moved to Chandigarh to polish his skills and to make his career in music. Pawandeep sings Punjabi,Hindi, kumaoni as well as garhwali songs.

Pawandeep Rajan is very health conscious. He regularly does a lot of things to maintain his physique. He is 5.6 inches tall and his weight is around 65 kg. He dressed up very well and maintain a good hairstyle. His black-brown eyes and perfect body shape make him good-looking too.

Pawandeep’s father is Suresh Rajan who is also a professional folk singer. His mother’s name is Saroj Rajan and his grandfather’s name is Rati Rajan they are also famous folk singers. Pawandeep has two sisters Jyotideep Rajan and Chandani Rajan. You have probably seen Jyoti on the Indian idol set she is also a singer and Youtuber.

Currently, Pawwandeep is unmarried but recently the news has been circulated about the relationship of Pawandeep and Arunita Kanjilal who is also a participant of Indian idol and a good friend of Pawandeep. But Pawandeep claims that they were just good friends nothing else.

After winning the voice India he was successfully able to emerge as a good singer but it is not the end. In 2020 he shot and released a lot of songs on his official youtube channel from which he got great applause from people. Indian cricketer Virendra Sehwag is also a fan of Pawandeep’s singing. He could not stop himself from appreciating and sharing his sing video on Twitter where he wrote There is a great talent with this small-town guy. with his hard work and talent, he participated in Indian idol 12 and showed his performance on Worldwide television. He won the serious by getting the maximum number of votes from the audience.

Pawandeep started his television career in 2015 on the set of The Voice India.  With strong singing skills and talent, he has ended up in the show as a winner where he won 50 lakh rupee and Maruti Also k10 car. This is the turning point for Pawandeep after this he started gaining so much popularity on social media. He got a chance to sing for the movie Romeo N bullet. In 2006 he released an album chholiyar comprised of six songs. This year he participated in the Indian idol season 12 and built a strong grip on the finals. Finally, on 16th August he won the title of Indian idol season 12 where he got 25 lakh rupee. He gained so much fame and audience in the show by his beautiful singing performances. His family and the whole of Uttarakhand are so proud of him.

Along with music he was a good actor and played many roles in movies like Kidnap, pang run, and FU friendship. People loved him so much by the recent series 1962 The war in the hills as a role of Nodo tana. Pawandeep performed more than 1000 stage shows and musical concerts in different countries including Thailand and Dubai

Pawadeep was honored as Youth brand Ambassador of Uttrakhand by the Uttarakhand government in 2016.

He was the winner of voice India 2015 judged by Himesh Reshammiya, Mika Singh, Sunidhi Chauhan, and Shaan.

Along with singing he also knows to play musical instruments such as keyboard, tabla, guitar, dholak, and piano. At just the age of 2 years, he won the youngest tabla player award.

Pawandeep is the lead vocalist and a member of Chandigarh band Rait along with Vishant Nagra, Paras Royal, and Pawan Bhatt.

During his college days, he used to participate in college youth festival functions where he plays musical instruments and sing songs.

Pawandeep released two songs in the album named chholihar with Haroon Rashid in 2016.

After winning the reality show The Voice India he won a cash price of 50 Lakhs, an Alto k10 car, and a song contract with a universal music company.

Pawandeep loves tattoos that why he has a tattoo on his both hands.

How to teach spelling words

Retargeting via Audience Segmentation: how to do it